Andy Frank and the Highvalley Market

”We’re all like specialised cells in the body. There’s not one cell that’s more awesome than another; we need blood cells, brain cells, lung cells. And when we act in community we tap into a deeper creativity, and can easier move out of the old way of doing things, away from the outdated map that isn’t serving us anymore.”

The words are Andy Frank’s, one of the organisers of the HighValley Market in southern Stockholm, an event he sees as a way of celebrating his neighbourhood and co-creating a resilient community. 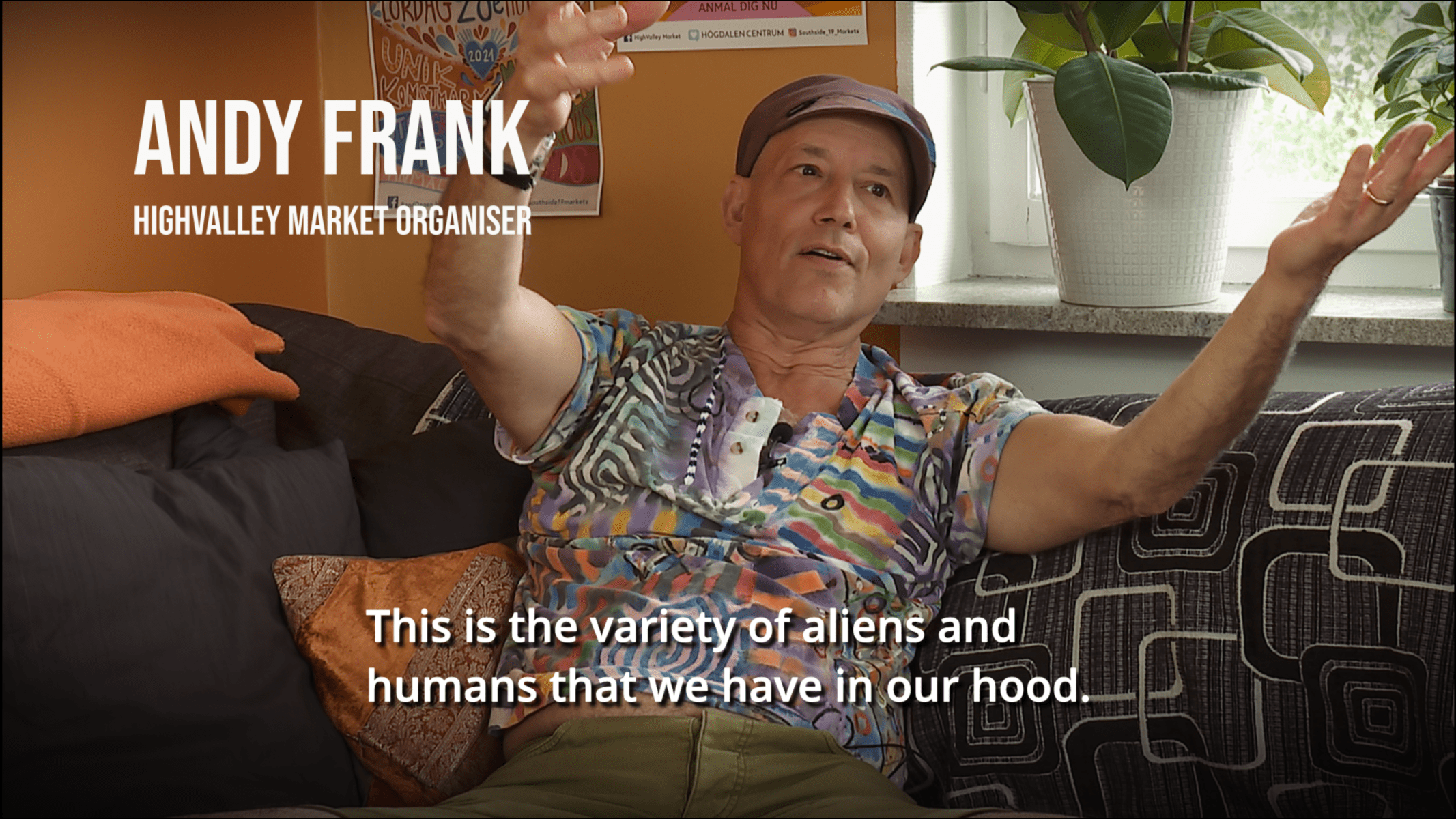 I recently started working on a new film about what the Transition Movement is, and how we can imagine and enact a more beautiful future – in a way that sees humans in deep collaboration with the rest of life. You know, as opposed to the script we’ve inherited that appoints humans as the Crown of Creation with a Godly Mandate to Rule the World.

(Here’s a trailer for the film).

It’s a big topic and a hard film to make. There are a lot of variables to take into account. One of the most important ones being ”what’s the film’s entry point?”. Or, ”through which lens do I look at these questions, as I’m starting the filmmaking process?”

I came up with an idea I instantly liked. And then, just as soon as I did, a counter-argument materialised.

The entry point: ”What if my actions actually matter? What if the choices I – an ordinary person among 7 billion others – make have the power to change everything.”

The counter-argument: ”We’re often told that we, the individuals of the Earth, need to do the right thing to, quote, save the world. Just recycle, stay on the ground and become a vegetarian, and all will be fine! But, it’s not individuals that are the main players on the environmental destruction playing board. The main players are nation states and multinational corporations. So the point of emphasis in telling stories about a better future should be on things like international law that will challenge these structures, not on individuals to do the right thing.”

While I like the idea that ”my actions matter” – because it feels right and because it gives my life deep mening – it became apparent to me that the film needs (at least) two other ingredients: 1) emphasis on acting in community and 2) a look into the developments in the Nature’s Legal Rights movement.

The latter is a subject for an upcoming video and the former for the one above. Welcome to Andy’s world and to the Highvalley Market in Högdalen, Stockholm. And sign up to the newsletter below if you want to receive updates as the film moves forward.