Does growing your own food make sense?

Four years ago, when we moved to the country, we didn’t know the first thing about growing our own food. But through experimenting, failing, trying again, reading up on gardening blogs and then trying some more, we’re now slowly getting the hang of it.

Why does that matter? Well, for one thing it’s a lot of fun and it brings back a deeper meaning to food. We’re connecting with the soil and finding out where food actually comes from. It’s also making us realize how artificially cheap a lot of the food at the supermarket is.

Last year I grew cabbage. I planted the seeds in late February and was able to harvest four beautiful heads of red cabbage in September. That’s seven months of care! Cabbage is cheap food, but I have no idea why. I used to buy a huge head of cabbage at the store for just a few dollars. How do they get them so big? And why are they so cheap? I still don’t know, but whenever I buy it at the store now I get the slightly smaller organic ones and happily pay twice the price.

In the video above you can see our kids helping us unearth some potatoes. The backstory is that they were all indoors playing computer games, and it wasn’t easy to get them out of the house to do something they thought would be super boring. But once they were there, hands and knees in the soil, competing to find the biggest specimen, they were absolutely loving it! And later that night at dinner, they were commenting on the potatoes on their plates: “are those really the ones we grew ourselves?”. It may seem like a small thing, but I don’t think it is. A connection had been formed.

Growing your own food doesn’t make sense from an economic perspective. You put so many hours into it, and then there’s the seeds, lights, pots and chicken shit to purchase. But could it be that this says more about a backwards economic structure than it does anything else? The economic norm that says that it’s perfectly rational to catch a fish in Iceland, ship it to China where it gets canned and then ship it back to Sweden where it gets balanced in a neat row of tuna cans at the local supermarket. Or grow cabbage god-knows-where using all kinds of high tech earth-destroying methods (probably – I’ll readily admit that I don’t know where and how they’re grown), and ship it worldwide to sell at artificially low prices. Something is seriously wrong with that picture.

But there’s absolutely nothing wrong with the flavor of my juicy, still warm from the sun beefsteak tomatoes clocking in at 650 grams. Chop ’em up, add parsley and basil, some oil and salt … man, I’m getting hungry. I think it must be lunchtime, gotta go!

For more reading on farming, permaculture and organic food, check out this essay by the always luminary and thought-provoking Charles Eisenstein. 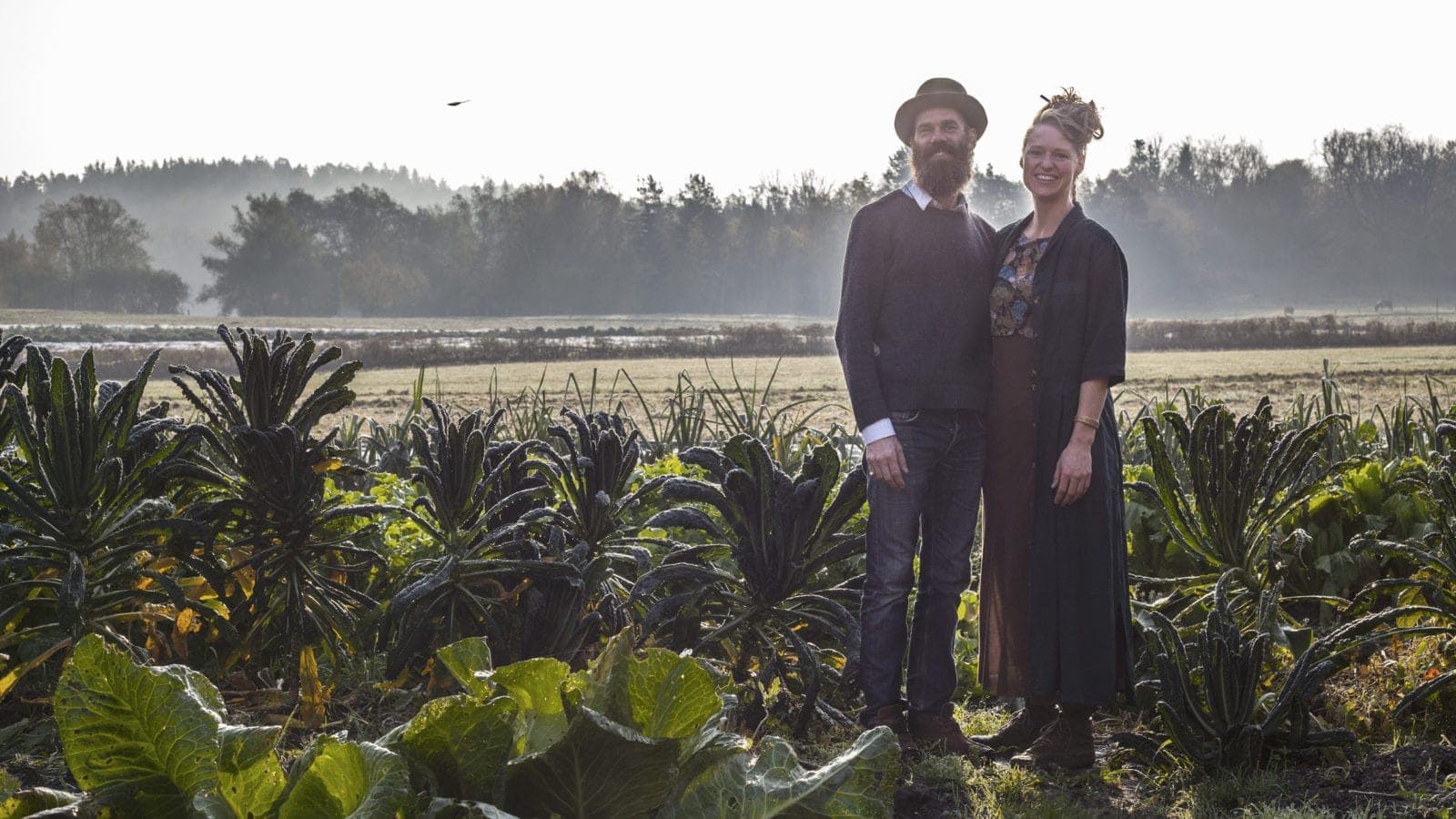 Want to see more films on gardening? Check out On Biodynamic Farming in which I try to sort out if it’s reasonable to be angry with that particular method of farming.