Interview with the director of In a Tree 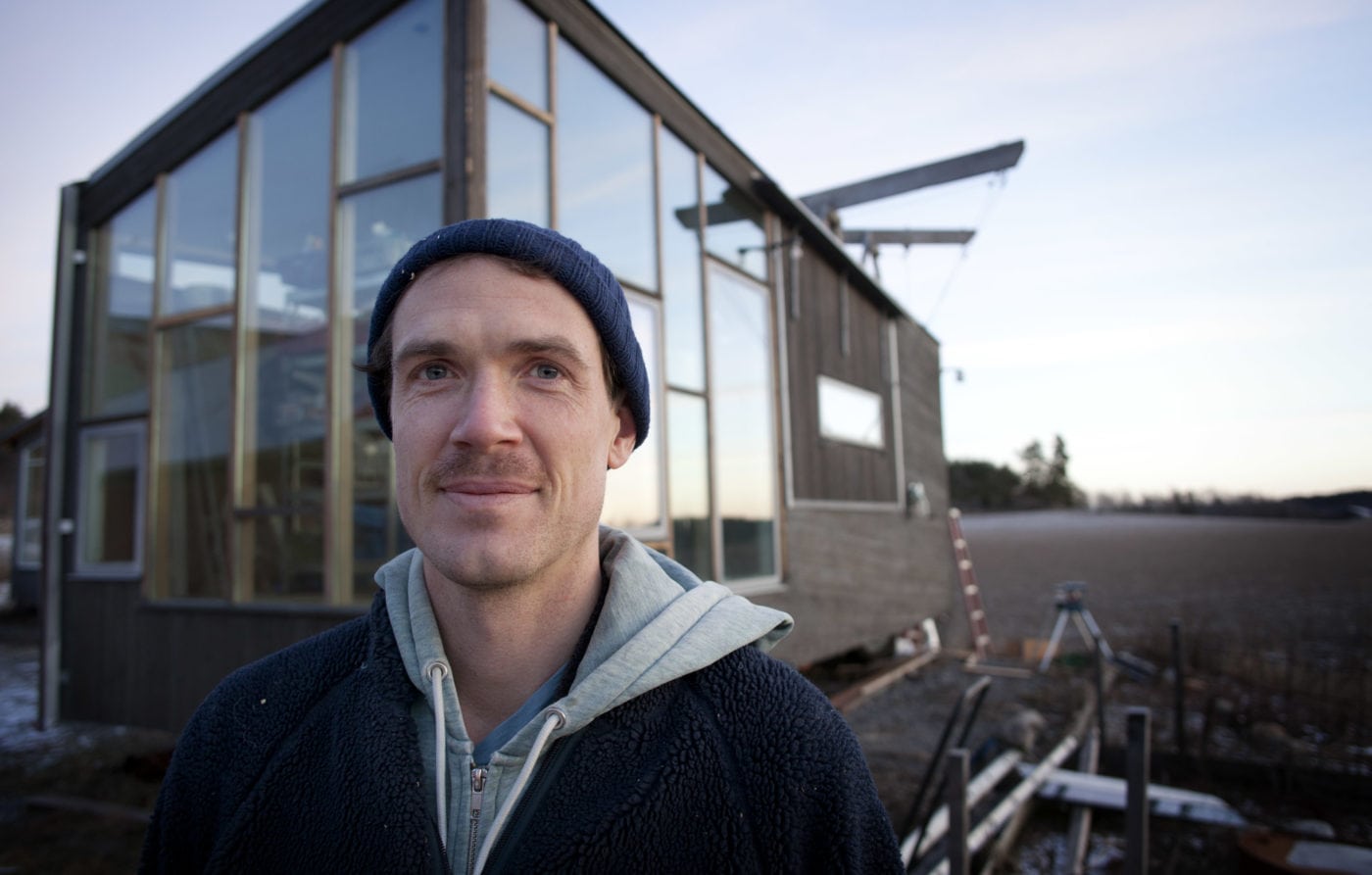 I meet up with filmmaker Gustav Ågerstrand, director of the film In a Tree, on a crisp, clear january morning at the tiny house he’s all but finishing building. The sun is about to rise and we decide to take the photographs first, making good use of that magical pre-dawn light. Afterwards we settle into the meditation corner of the house and Gustav makes us a pot of jasmin tea.

(Mattias) Can you tell me a little about the film’s title? What does it mean, “In a tree”?

(Gustav) It came from something the Shaman said in the film, that most people see a tree and go: “nice tree”. But few people feel the tree. What’s inside I mean. That it’s possible to experience the tree in a different way than just looking at it. And by looking past the surface we can really … develop as human beings.

(Mattias) The film is about this woman Tania and her ability to see past the surface of her friend Tomas, as he struggles with addiction and depression. Can you tell me a bit more about Tania?

(Gustav) Yes, she lived in Mocambique until she was four with her grandmother who’s really in tune with nature. But she doesn’t really remember anything from that time. She came to Sweden where she lived in Stockholm, completely disconnected from nature. When she was about 30 she attended a San Pedro ceremony. Before that she ate junk food, drank alcohol and smoked. But after the ceremony she turned her life around completely. All of a sudden she started seeing all kinds of things that had just passed her by earlier. All of the trees and everything that was alive around her.

She continued living in the city, running her café, but she turned her life around. It was really cool to se see how they (Tania, her boyfriend and their son) would weave nature into their city life. They’d go out almost every day, it could be to some park or something. Like that scene where they go searching for chaga, that’s right at the outskirts of Stockholm. So, yes, nature is one theme of the film. The other one is humanity, or how we are with each other. Tania has this deep compassion. She sees something in Tomas that most other people would miss.

(Mattias) Can you tell me more about the relationship between Tania and Tomas?

(Gustav) What struck me right away was their dynamic, where he’s all darkness and she’s all light. That’s all I saw at the beginning. But as I spent more time with them I could see that Tania also carried a lot of darkness, and Tomas a lot of light. That relationship was really interesting to observe. It’s like the shaman says in the film: “Darkness and light are the same. Just two sides of the same thing.”

(Mattias) Can you tell me more about San Pedro? I’ve tried Ayahuasca but never San Pedro, I guess they’re similar?

(Gustav) It’s not really a film about San Pedro or hallucinogenic drugs/medicins. It’s about the relationship between Tania and Tomas. And the destination you can get to through the shortcut of San Pedro. This film is about the destination, not the shortcut. That doesn’t interest me as much. But sure, San Pedro can work as a kind of poison that dissolves that wich stands in the way of getting there. And once the obstacles are gone you can experience a strong connection with yourself, others and everything. But there’s other ways of getting there too.

(Mattias) Did Tania and Tomas see the film? What did they think?

(Gustav) It was really interesting when we showed it to Tomas. We had a screening in a barn in the country that we turned into a movie theatre. We picked him up from the treatment centre where he stayed and drove him there. There were maybe 20 people in attendance. Before it started Tomas stood up and apologized to the audience. He was sure they’d dislike him after having seen it. But then as the film went on he noticed how everybody’s feeling with him and laughing with him, and he seemed to relax a little. And afterwards … I’ve never seen him like that. He carried himself with so much pride. He was a different man. That was nice to see.