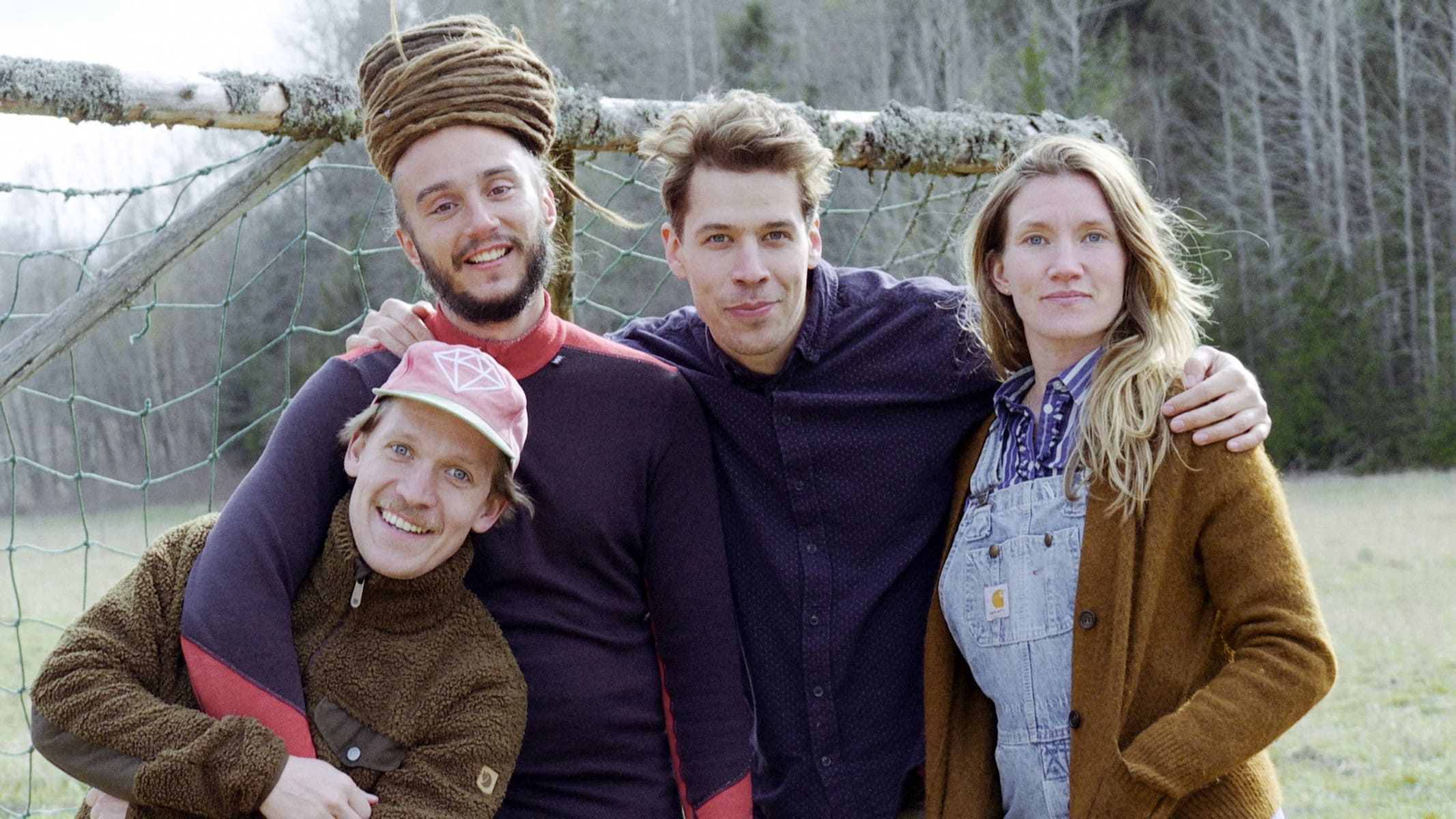 One of my absolute favourite bands is called Kolonien. You might have seen them playing live in our film An Unlearning (with Charles Eisenstein). Also, the band’s percussionist Mischa Grind composed the soundtrack for our film A Tale from the Woods, and the band’s guitarist Arvid Rask was the music composer for the recent film Into the Soil.

This family band consists of Anna Möller (Violin/Vocals), Arvid Rask (Guitar/Vocals), Erik Rask (Bass/Guitar/Vocals) and Mischa Grind (Percussion/Vocals). You can find out more about them here.

I’ve been following Kolonien – whose name alludes to a “kolonilott”, a space for gardening near city centers that is common in Sweden – for the last few months, and the result is a five-part documentary series. Below you’ll find all five episodes.

Episode 01 | Where It All Began

In episode one we visit the place where it all started: Hagaberg in Järna, Sweden. Arvid and Mischa guide us around the different buildings, including the home studio where all of the Kolonien music is born. Also, Arvid tries a chili pepper that’s more powerful than he thought.

Episode two centers around an interview with Erik Rask, where he speaks candidly about feeling hopeless about climate change, and how that’s influenced his songwriting. This episode takes us into the Hagaberg studio where the band rehearses the song “Time Will Tell” ahead of recording it for the next album “Till Skogen”.

This episode focuses on Kolonien’s star fiddler Anna Möller. Anna grew up with a famous folk musician father: Ale Möller. She was influenced from an early age by him and his musician friends jamming in the kitchen and at festivals. Already from the age of six she knew she wanted to play the violin.

”Of course we could’ve brought in a really well-known choir with a perfect way of singing. But the point was to get these actual voices in the album – our family.” -Anna Möller on the thinking behind having family members form a choir for the next Kolonien album. Filmed at the beautiful Solvik school auditorium, near Järna, Sweden.

In this episode we follow the band through some challenging times. We also get to hear them playing live at the community garden Under Tallarna, in their home town of Järna, Sweden. The beautiful green house, which serves as a backdrop for the show, sadly burned down a few months after the concert. Here’s hoping for a re-build, and for something even more stunning to emerge from the ashes!