One Poem to Catch it All

A film About the Poetry of Ben Bushill

This film is centred around one of Ben’s previously unrecorded poems titled “The One Puzzle”. The poem is an attempt to speak to us all, no matter our background, of the wondrous strangeness and simplicity of being a human on planet Earth, of how we can reconcile a life full of ordinary moments with the miracle that hides in plain sight beneath the skin of things.

The soundscape in the film was created by the incomparable duo of groove magicians Ellen Molnia & Thomas Falk, who were also the musical architects behind Ben’s first spoken word album “Seeds of wild love”.

This film is part “spoken word music video” and part documentary, and in it we’ll meet Ben Bushill and his family at their home in Svenshögen, Sweden. The film, and the poem in it, is trying to capture some of the magic of life that can appear in such ordinary moments as doing your laundry. The divine and the mundane seem to be intertwined in the world of carpenter and poet Ben Bushill.

Watch the film above, or if you prefer to just hear the audio of the poem, you can do so below. You can also watch a trailer for the film here. 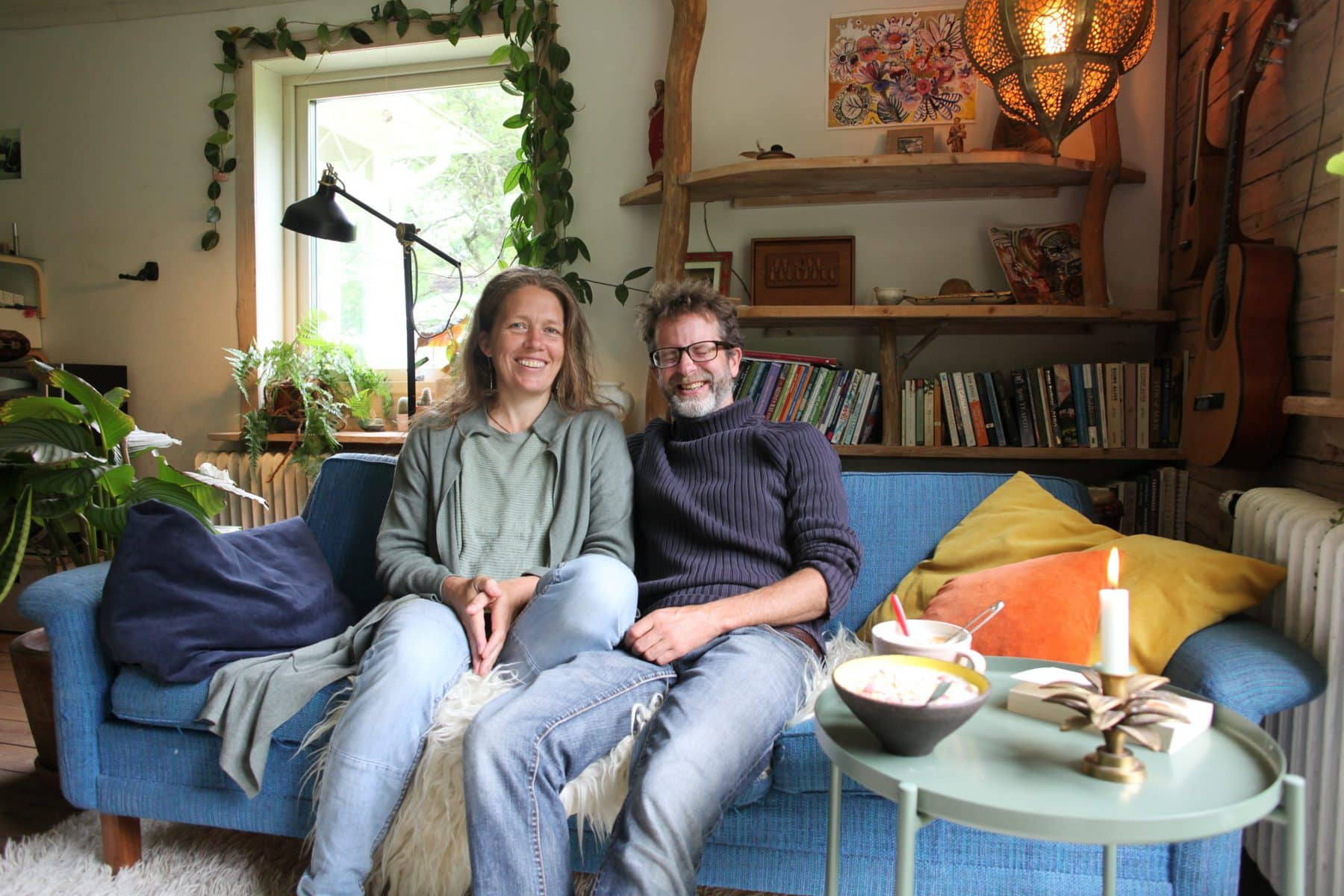 An image of Ben Bushill and his wife Kenia Ytterman, taken in the couple’s home in Sweden, by filmmaker Mattias Olsson of Campfire Stories.

Mattias was introduced to Ben’s poetry by his friend and colleague Thomas Falk, who pointed him to the album Seeds of Wild Love. In particular the track Elephant Song moved him deeply. During a live spoken word session with Ben Bushill in Järna, Sweden, another one of the poems really hit home with Mattias. It was the previously unrecorded title “The One Puzzle”.

After the session Mattias approached Ben asking him about the text. “Yeah, it’s a poem where I’m sort of attempting to catch it all.” In that moment the idea for this film was born – and the title of the film created. One Poem to Catch it All.

To find out more on Ben Bushill visit his website.
For more on Kenia Ytterman visit her website.
The music in the film was made by Thomas Falk & Ellen Molnia. For more of Ellen’s music, click here, or visit her FB page. Ellen also composed the music for the Campfire Stories film “Vaccin: a conversation”, which you can watch by clicking here.