A musical collaboration with Joakim Ehn

It started like this: “I’m going to need some music for that intro.”

I’m in my car, driving towards the house of the film’s main character Johan. There will be opening credits. And a voiceover setting the tone and explaining why I’m on my way to knock on the door of the chairperson of the Swedish Biodynamic Association.

I’m not sure exactly how it happened, but before we knew it we had developed all sorts of new ideas for the intro: Aren’t voiceovers a bit boring? Could we do something else? Could Joakim be the Jester, the Troubadour, the Narrator of the story? Could we turn my voiceover into lyrics? And could Joakim maybe be playing and singing from the backseat of the car? Now, how does he get into the car? Is he a hichhiker that I pick up? Or is he not a physical charachter, but rather a voice inside of my head? 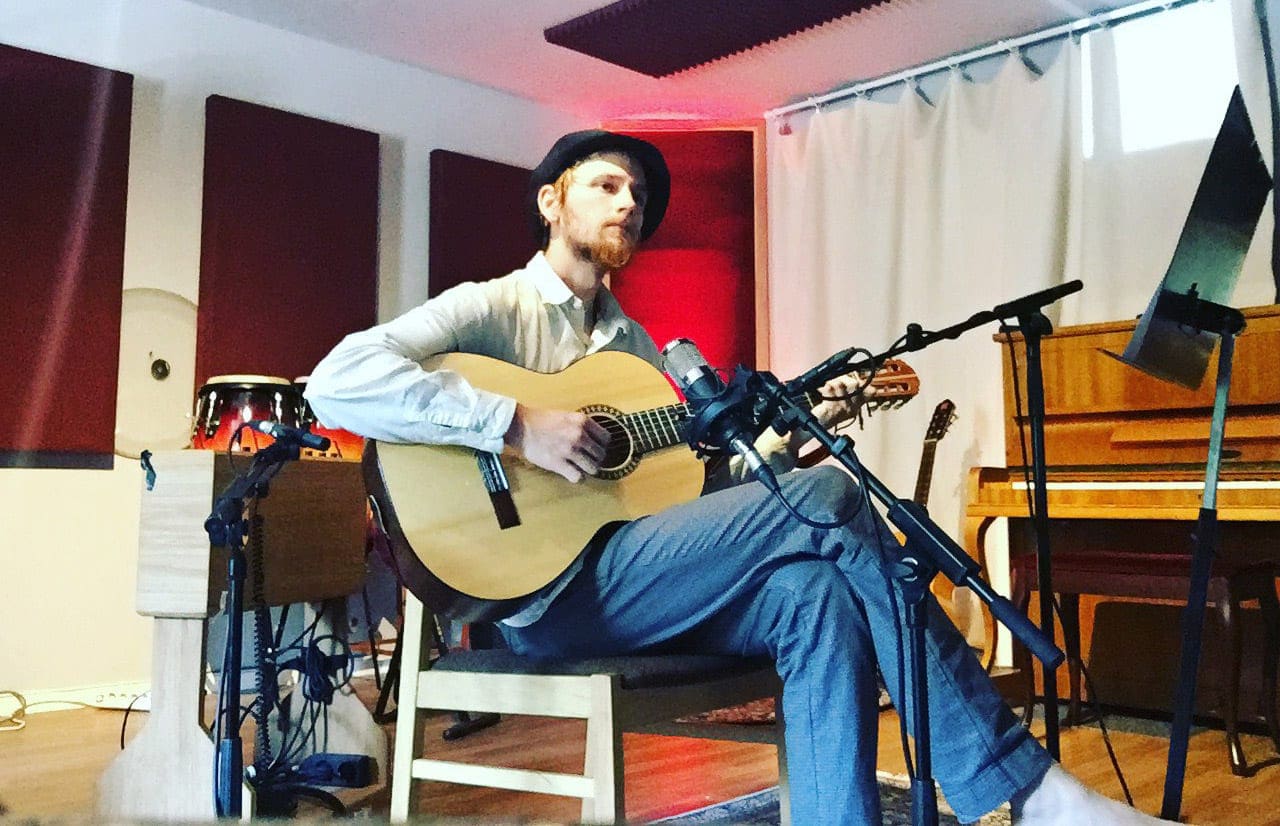 Joakim Ehn recording the music for “On Biodynamic Farming” at Nataraj Studio.

And on it went

“Film grammar” encourages a film’s beginning to echo its ending. As a way of completing the circle and delivering a neat package to the viewer. So it seemed a natural next step to imagine what an ending narrated by Joakim would look and sound like. Maybe he’ll start in the back of the car, just like in the beginning. But maybe this Jester won’t play entirely by the rules. Maybe he’ll have an opinion about the story that unfolded between his opening and closing acts? And maybe, just maybe, he’ll step out of the car and into his world, as it refers to this story, giving us a good piece of his mind.

A golden rule in filmmaking is to let the audience decide for themselves. Whatever you do, don’t tell the audience what they should think. (At least not too overtly). It makes the film less interesting and weakens any argument you’re trying to make. I think it’s a good rule. And throughout the film I’m abiding by it, leaving the audience with plenty of leeway to form their own opinions.

But I’m afraid we thouroughly smash that rule to pieces in the last two minutes of the film. Ooops.

It felt really good though.

Click here to watch “On Biodynamic Farming”. A film narrated by musician and poet Joakim Ehn.